During her former career as a high school English teacher, Annie began practicing yoga in the 1990s in the Adams Morgan neighborhood of Washington, D.C., in a casual apartment setting with a small group of neighbors and one devoted teacher. For five years straight, the group gathered weekly for yoga postures and meditation on a simple wood floor with one cotton blanket each, and much laughter and mutual support.

After her twins were born in 1999, Annie moved to Arlington, VA, and completed teacher training in 2002 at Sun & Moon Yoga, with the intention of bringing yoga philosophy back into the high school classroom.

Along the way, Annie has taught yoga, meditation, and yoga philosophy to thousands of yoga students in public classes at Sun & Moon, in corporate settings, in private one-on-one sessions, as part of basic and advanced teacher trainings, and on retreats. Annie’s regular weekly classes at Sun & Moon are organized by a quarterly theme, and each week presents a short philosophical talk on the theme, followed by a well-rounded physical practice of postures and breathing tied to the theme. Relaxations are long and luxurious. Discussion and questions are welcome. Laughter happens.

The high school classroom dream happened as well. Annie conceived, designed, and created a literature/writing class called Philosophy of Yoga at HB Woodlawn Secondary Program from 2008 to 2017, which students took as their English elective.

Over the years Annie’s role at Sun & Moon has evolved, and since 2010 she has served as Studio Director, overseeing both studio locations with 100-plus classes per week; quarterly programs including workshops, teacher trainings, and visiting master teachers; marketing and communications; and a large community volunteer program.

Annie lives in Arlington with her partner Amir Tahami (senior teacher and co-owner of Sun & Moon), their two Persian cats, their rescue dog Prince, and the twins when they’re home from college. 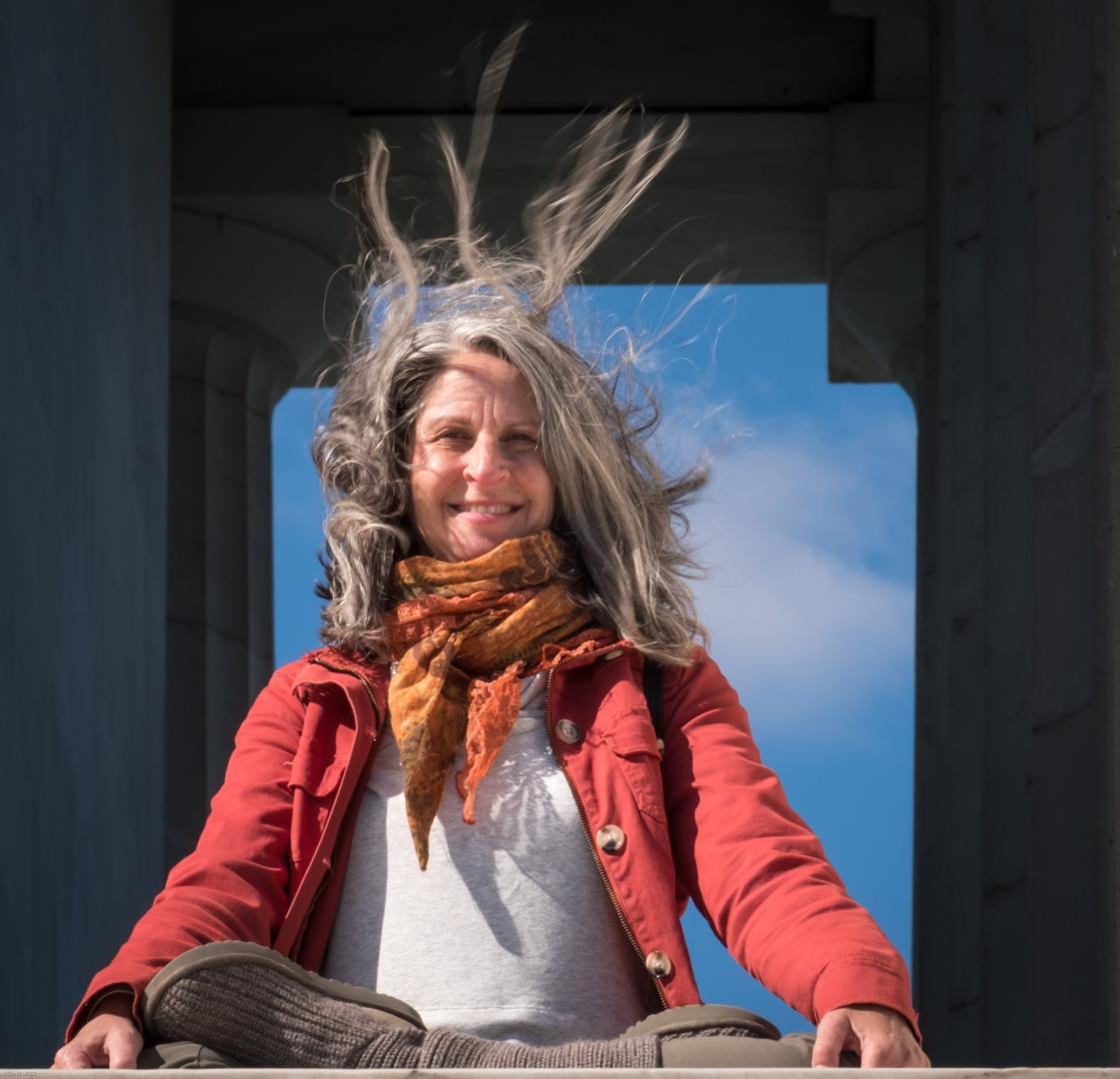