Jackie Shaffer leads yoga classes, meditation groups, meditation retreats and workshops at Sun & Moon Yoga Studio in northern Virginia. She began meditation in 1970, which in time, led her to the practice of hatha yoga. Jackie has taught yoga for more than 17 years. Her approach is nurtured by numerous insightful and awakened teachers, among them Erich Schiffmann, Sally Kempton, Adyashanti and Mukti. Jackie's reverence toward the mystery of life itself is her foundation. At Sun and Moon, Jackie mentors teachers within the In-Depth Program. Her yoga is enriched by practices of Feldenkrais, energy medicine and qi gong. Building on a love of science and her practice of art making, Jackie's recent workshops include Yoga for Your Brain, and Color Meditation: Painting for Yogis. 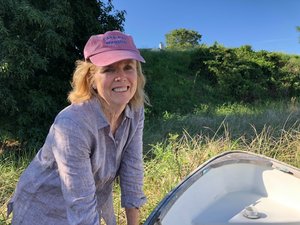